Diesel Bug: How To Identify & Get Rid Of It 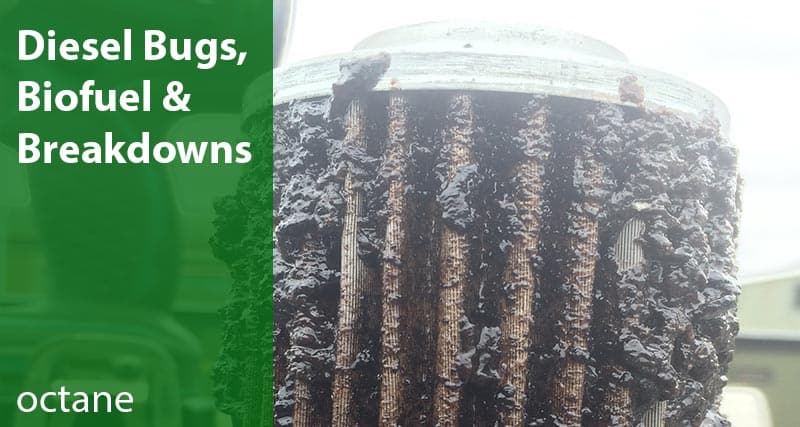 Have you been experiencing more frequent breakdowns with your fleet? If you have, then diesel bug may be the culprit.

8 out of every 10 diesel engine failures are related to contaminated fuel. And here at Octane, we've seen businesses across the UK struggle to cover the mounting costs and damage as a result.  There are however, steps you can take now to protect your vehicles and your business.

How do I know if my fuel is contaminated with Diesel Bug?

High quality, clean fuel is essential for the smooth running of your vehicles and never before has contamination been such an issue. If you notice any of the following with your vehicles, it may indicate you've a fuel contamination problem:

How does fuel deteriorate?

All types of stored fuel can deteriorate over time. According to BP, diesel stays in a usable state under normal storage conditions for up to 12 months.  After that the fuel begins to age and deteriorate as it reacts with oxygen from the air.  When it does, sediments and gums collect which can be sucked through the fuel lines and clog filters.

Water is the single biggest contaminant for fuel. Most water in fuel tanks is as a result of condensation when the tanks heat up during the day and cool at night. The presence of water in your fuel tank can create the ideal conditions for bacteria and fungi to grow. The combination of water, food (fuel) and the typical UK temperatures can mean a ‘diesel bug’ or ‘fuel bug’ can rapidly spread.

Once they become established your fuel quality can quickly deteriorate. The microorganisms can multiply quickly, creating a film on the surface of your fuel and leaving diesel bugs, sludge (see below) and damaged engines in their wake. 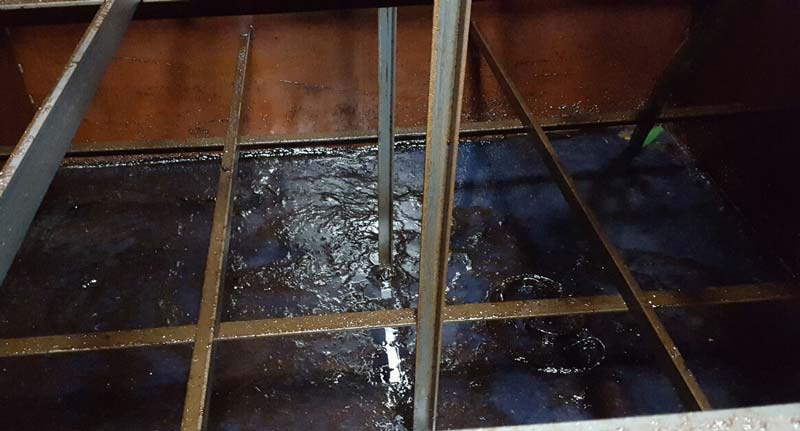 Why are biofuels more likely to cause contamination?

The increased use of biofuels is one of the key reasons for the growing contamination issues of late. Currently in the UK all diesel can contain up to 7% bio and this will more than likely increase as the government pushes for more greener emissions.

Why is biodiesel more of a problem? Biodiesel, or Fatty Acid Methyl Esters (FAME) as it’s known is derived from organic materials – vegetable oils or animal fats. By its nature it is easier for bugs and bacteria to develop within the fuel. Compared with traditional diesel fuels, biofuels are less stable and more susceptible to degeneration during the manufacturing, transport and storage cycle.

Biodiesel is what is known as a hygroscopic material, which means it absorbs water from the surrounding area, including the atmosphere. According to Extension, up to 1,500 parts per million of water can dissolve in biodiesel. After this the excess water will collect as ‘free water’ – separate from the fuel. This causes engines and tanks to rust, and creates the perfect breeding conditions for bacteria and microorganisms to grow.

Before storing biodiesel, ideally tanks should be cleaned and dried and it’s recommended to leave 2% air space to allow enough for expansion, but not enough for the biodiesel to absorb water from the air.

In addition to the problems water creates in terms of rust, and growing microorganisms and fungi, a third issue is that water causes acids to form in the fuel. These can erode your tank lining and your engine parts. It’s impossible to eliminate the issue of water with biodiesel as it absorbs it from the surrounding air.

But, frequent and stringent tank checks, quick use of fuel and regular draining of free water can alleviate the issues.

And finally, there is the ethanol that is used in the manufacture of biofuels. The ethanol cleans and dislodges residue on the sides of fuel tanks, causing debris to fall off and collect at the bottom of the tank. This in turn can get sucked up through the fuel dispensers and into the vehicles engine causing them to breakdown or underperform.

If oxidation occurs, sediments will develop in the fuel which can clog filters and damage engines. Biodiesel can also interact with copper, bronze and metal alloys and care has to be taken in transporting and storing them to remove contact with these metals.

It’s critical to prevent biodiesel from being exposed to heat, oxygen and sunlight to prevent it degrading and after four to five months of storage it requires stabilising additives, particularly in warm or humid climates.

The current supply chain processes for biofuels are not highly regulated enough and don’t adhere to strict enough standards to minimise contamination. Where fuel does deteriorate, your entire fuel tank can be contaminated. 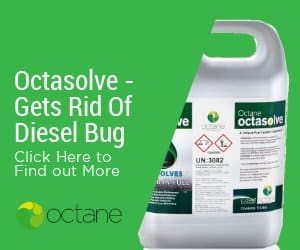 To protect your vehicles, you must put more stringent checks of tanks in place. It’s paramount for all businesses to get their tanks and fuel inspected to stop contaminated fuel being put into their fleet of vehicles, which can end up being very costly.

The first step you can take is to test your fuel. Look for a company that uses independent sources to test fuel samples. Most companies who carry out testing, also specialise in tank cleaning so there could potentially be a vested interest to cross-sell their services.

Results from your test should show you levels of contamination similar to:

Low – Insignificant volume of microbes to cause problems or require diesel bug treatment.

Medium – Enough microbes to cause damage, but can be treated and eliminated easily.

High – A Large volume likely to have caused substantial damage. As well as decontaminating and polishing fuel, your tank will require a full inspection and clean.

If your fuel has degraded or has been contaminated, it and your tank will need to be cleaned. Traditional systems for cleaning dirty fuel used what is known as a ‘kidney-loop’ system. It would take dirty fuel from the bottom of the tank, clean it, and return it to the top of the tank.

While this was temporarily effective, it didn't last for long. The cleaned fuel when put back into a contaminated tank, quickly became contaminated again. Our recommended approach is different:

Fully clear out the tank and contents

Start by fully removing and separately storing all your contaminated fuel, so the tank can be fully cleaned and decontaminated. The tank, the filters and the fuel lines should also be robustly cleaned to avoid any re-contamination.

Fuel should then be cleaned, separating out the contaminated fuel with an aim to salvaging every usable drop. This can be done through a customised fuel polishing system.

Once all the fuel has been cleaned and decontaminated it is then returned to the tank. This entire process can usually be completed within a day.

Below is a freshly cleaned tank carried out by Octane. 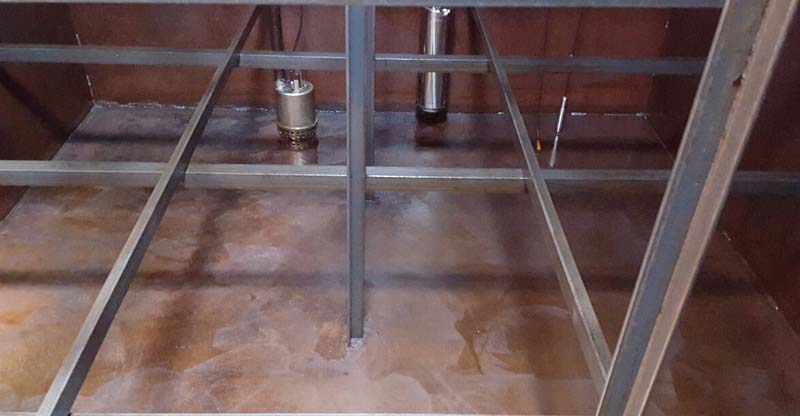 What if too much damage has been done?

A tank inspection should be carried out by qualified personnel to check for any acidic corrosion and damage. In extreme cases of deterioration, you may need to replace your existing tank.  Whilst it may be a last resort, your existing tank can be removed and a new tank installed with minimum disruption to your business.

You should also clean up clean-up any contaminated surrounding areas too.

There are a number of other steps you can take to protect and lengthen the life of your fuel:

So to wrap up, the key priority for any business must be the regular inspection of your tanks and fuel. If you plan to wait until you see the warning signs, it may cost you dearly, as the first sign of contaminated and dirty fuel could be complete engine failure for one or more of your vehicles.