How To Avoid Expensive Fines When Storing Fuel On-Site


How To Avoid Expensive Fines When Storing Fuel On-Site

If you store fuel on your site to refuel your company's fleet of vehicles, then you probably don’t need me to tell you that there are a number of regulations that you need to adhere to.

Today, I mainly want to discuss the rules that relate to protecting the environment, plus some of the potential implications if you fail to follow regulations.  (It’s pretty scary and very costly!)

Anyone who operates a commercial or private refuelling facility that has a fuel leak, could be committing a criminal offence, by polluting water, land or air.

If you or your company are responsible for a fuel leak or a fuel fire, The Environment Agency can prosecute. In serious cases this can result in a prison sentence. In most cases, however, it is likely you will appear in court and a be forced to pay a heavy fine. (I’m sure you will agree neither of these outcomes are ideal for your business.)

In the UK, according to 2002 data, 84% of environmental offences received a fine, while under 1% received a prison sentence. This just goes to show the Environment Agency can and do prosecute on a large number of cases they investigate.

There have been some high profile fines for fuel leaks in recent years, which have brought bad press for the perpetrators. (A few of them stand out particularly to me and I mention them throughout this article.)

As reported in The Guardian in September 2016, Tesco admitted responsibility for a fuel leak that polluted a 10-mile stretch of river. Other reports said that after leaking 23,500 litres of petrol, the maximum punishment that Tesco could be served was an unlimited fine. (Ouch! Unlimited does not sound like the type of fine you want to be facing)

In the Tesco case fuel leaked into the sewerage system and also into a brook and river.

UPDATE: Tesco was fined £8m for the fuel leak

How do fuel leaks happen?

With the potential consequences, it’s important to take all possible measures to prevent fuel leaks on your site.

The first step, is understanding how fuel leaks can occur in the various stages of fuel delivery, fuel storage and the vehicle refuelling process.

I’ve provided more details on each on below, so let’s take a more in-depth look.

A bulk fuel delivery of diesel or petrol is an obvious danger point for fuel spills. With deliveries of up to 36,000 litres of fuel, any mistakes at this point could be catastrophic.

One example of a fuel leak occurring during delivery, involved a Texaco fuel tanker delivering fuel to a mobile fuel tank in Northumberland. Diesel leaked because the fuel tank had become unbalanced and tipped up during filling. The spill flowed onto a nearby beach, contaminating water, rock pools and the ground.

Texaco and the fisherman receiving the diesel were both fined by the Environment Agency for the incident.

The risks involved at the delivery stage, mean it is important to ensure you work with a professional fuel delivery company, have correct procedures in place, and undertake regular inspection and maintenance of fuel storage tanks, membranes, housing and coupling mechanisms.

The biggest risk during the refuelling of vehicles is fires and explosions if the fuel is ignited, but fuel leaks can also occur if fuelling mechanisms fail. 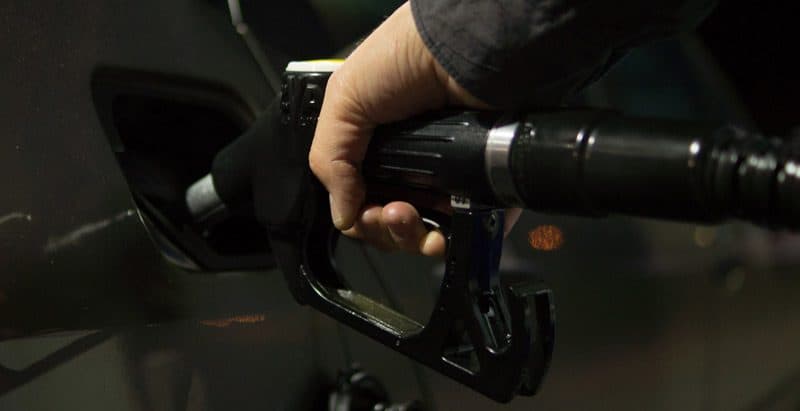 One such example was recorded at Vopak oil depot when more than 2,000 litres of fuel was spilt after a safety mechanism failed. The leak happened when a lorry driver stopped to fill up his tank and an automatic cut-off valve failed. The failure caused the petrol to spill out of the lorry and onto the fuelling station forecourt.

The situation was then compounded when a number of safety precautions were missed that could have caused the fuel to ignite and cause an explosion. Vopak were subsequently fined £50,000 and ordered to pay £19,136 legal costs.

Standard precautions when refuelling include turning engines off and not smoking whenever fuel is in close proximity.

Anyone involved in the refuelling of vehicles should also be provided with health and safety training. Providing specific instruction on the correct method of refuelling the specific vehicle they are operating, and learning how to completely shut it off before refuelling is also encouraged.

In the case of a fuel leak it is important to minimise the type of events that occurred in the Vopak case. Workers waded through the fuel spill, when the static from their movement could have sparked an explosion. The risk of explosion in the Vopak case was compounded by a failure to connect a lead which would have earthed the lorry, and the arrival of a second vehicle brought in to drain away the excess fuel from the site.

It is therefore not only important to have all refuelling tanks and dispensing safety mechanisms checked regularly with a refuelling site risk assessment, but to also have the correct health and safety procedures in place during refuelling and in case of a fuel leak.

One of the most likely ways you will experience a fuel leak is while the fuel is in storage in your onsite bunded fuel tank. Fuel tank failure can be caused by a number of factors. These include:

In 2011 Westram Limited, a transport company based in Scunthorpe, was ordered to pay a £23,000 fine and £5,300 in costs, following a leak of diesel fuel from an on-site storage tank.

Another risk includes vandalism that causes damage to your fuel storage tank. Multiple cases have been recorded where a company has been fined, due to vandalism to their fuel tank resulting in a leak.

How to avoid fines for your business

If you’re concerned about Environment Agency fines for fuel leaks as detailed above, you will likely benefit from SARA, our refuelling site audit & risk assessment. The assessment looks at your site refuelling infrastructure and includes an inspection of your tank and existing equipment, with 38 thorough check points. The assessment will be conducted by an OFTEC registered Octane engineer and will consider:

Following your refuelling site risk assessment you will receive a full, comprehensive SARA report for your refuelling installation. The report can then be shared with the Environment Agency to show your compliance, should they make a surprise inspection at your site.

In conclusion, I hope this article has been useful to you and has helped you to understand some of the risks involved with refuelling your company’s fleet of vehicles.

Ultimately the message to take away is that you can be proactive with your fuel infrastructure inspection and maintenance schedule, and by doing so you can avoid the expensive fines regularly handed out by the Environment Agency.